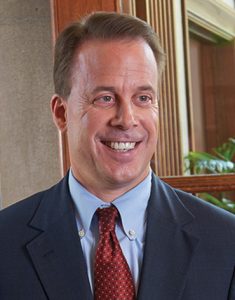 We are proud to announce that Paul Provost, President, has been named to the Board of Trustees of the New Hampshire Retirement System (NHRS).

NHRS, established in 1967 as a contributory, defined benefit plan, provides lifetime pension benefits, as well as disability and death benefits as well as also providing a post-retirement Medical Subsidy benefit to eligible beneficiaries. The NHRS also pursues investment strategy designed to meet its long-term funding requirements. NHRS is administered by a 13-member Board of Trustees that includes one employee member, one teacher member, one firefighter member, one police officer member, four employer representatives (one each representing the state, counties, schools, and municipalities), four public members, and the State Treasurer. All trustees – with the exception of the State Treasurer, who serves ex officio – are nominated by the Governor for three-year terms and must be confirmed by a vote of the Executive Council.

Provost term will run through October 2025. “I am honored to have been nominated by the Governor for this position and look forward to using my 30 years of professional wealth management experience to support the investment strategies of the NHRS,” noted Provost.

Provost earned a bachelor’s degree from the University of Vermont and a master’s degree in Administrative Management from Saint Michael’s College. He is a Certified Financial Planner. He also serves on the boards of the New Hampshire Higher Education Loan Corporation and the Concord Hospital Trust. He previously served as a board chair for the NH Charitable Foundation, Capital Region, and the Central New Hampshire Boys & Girls Club.

NHRS provides retirement, disability, and death benefits to its eligible members and their beneficiaries.  The State of New Hampshire and nearly 470 local government employers participate in NHRS for their employees, teachers, firefighters, and police officers.  NHRS has approximately 48,500 active members and 41,000 benefit recipients. NHRS administers a defined benefit plan qualified as a tax-exempt entity under sections 401(a) and 501(a) of the Internal Revenue Code.

You can find out more about which cookies we are using or switch them off in settings.

This website uses cookies so that we can provide you with the best user experience possible. Cookie information is stored in your browser and performs functions such as recognising you when you return to our website and helping our team to understand which sections of the website you find most interesting and useful.

Strictly Necessary Cookie should be enabled at all times so that we can save your preferences for cookie settings.

If you disable this cookie, we will not be able to save your preferences. This means that every time you visit this website you will need to enable or disable cookies again.